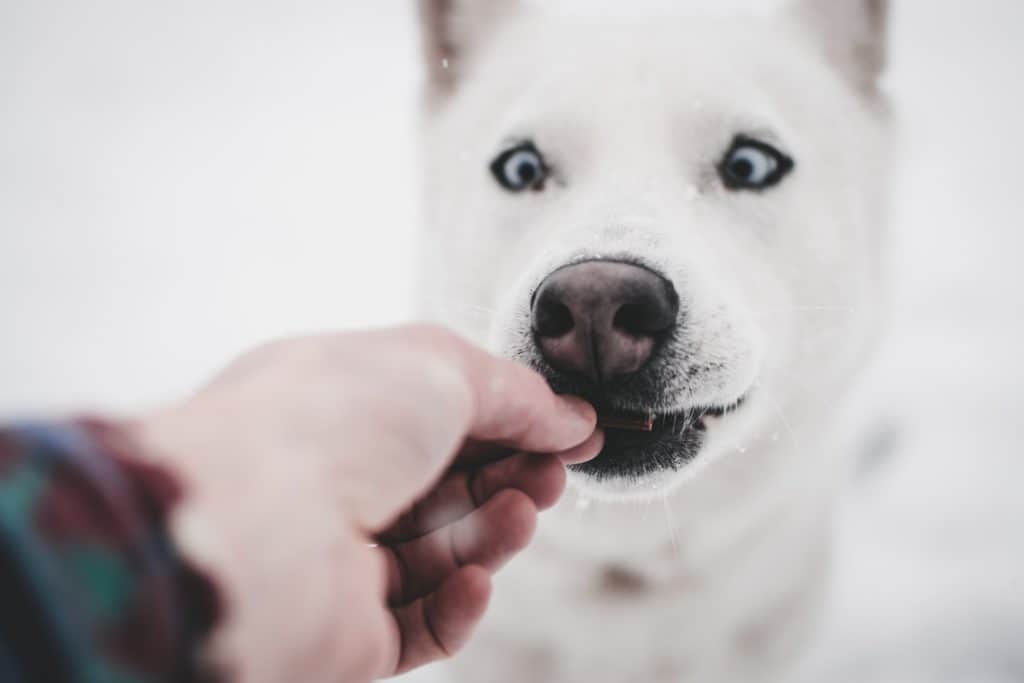 Canine Nutrition: How To Deal With A Fussy Dog

Canine Nutrition: How To Deal With A Fussy Dog

There is nothing in the world better than food, that’s something that pretty much both dogs and humans can agree on. Sometimes mealtimes can be the best part of the day, but what if your dog has decided that while they most certainly want to eat, they don’t like the look of what is in front of them? Some dogs just aren’t happy with certain foods and they won’t chow down on their dinner unless it meets their high standards.

What if your dog is a bit of a picky eater? How do you change that?

First Step, Get It Checked

If the change in appetite is sudden or unexpected, it’s super important that you book a trip to the vets right away. In fact, if there are any doubts when it comes to Fido, talk to the professionals.

While a change in diet could be something to do with Fido’s mental wellbeing, or just something temporary, it could also be a serious health issue that may need treatment. It’s better to be on the safe side, and a vet can give you effective advice that is tailored to your dog and their symptoms.

It’s important to get to the bare facts when it comes to your dogs fussy eating. You need to look into what Fido is consuming, are you giving a few too many treats? Too many treats can upset a stomach and can cause weight gain, if he is not eating at mealtime, he may just not be hungry. Equally, look at the portion sizes being given at mealtime, it may just be too much for Fidos tummy!

Does your pooch hoover the floor, or is someone in the family sneaking bites of cheese in return for those well-mastered puppy dog eyes? When our dogs eat human food and things that they have found themselves, it can cause health issues and lead to unwanted trips to the vets. It’s best to keep human food out of a dogs diet and always sweep the decks to remove possible snack time targets.

If you are not sure if it a hunger based issue or something more internal, it’s time to keep an eye on the poop. Just like humans, a change in diet can result in a change of bowel movements, and if there are concerning signs such as blood, mucus or never-ending diarrhea – it’s time to get to the vets.

If you have more than one pet, it may be that at mealtime, your dog finds themselves distracted or too on edge to eat. It may be worth feeding pets in different rooms or at slightly different times.

If the feeding area isn’t tidy, for example, a kitchen that still has meal leftovers on the side, it can mean that Fidos thoughts are not on that slab of canned meat and more on the bread crusts on the counter.

More so, if Fido finds himself becoming bored of meal time, it may be worth alternating meal flavours, so each day is not the same. Another option is also to use a special bowl that can turn mealtimes into a fun and brain-teasing game for any dog.

Sometimes, humans don’t have the chance to eat at the same time every day. However, giving your dog a routine and feeding him at the exact time every day, will allow him to know when he is hungry and needs to eat. If mealtimes are unpredictable, Fido can still be digesting the last meal and this may be why he is disinterested. You can try leaving his food out for half an hour each time before removing it, showing him that if he wants to eat, he has to do so when offered.

As mentioned, it may be that your dog is bored of the same old flavour that he is eating every day. Alternating between flavours of meat, or with the vet’s help, finding a more preferable food brand can help keep mealtimes interesting.

You could also try mixing some dry food in with the wet food to see if Fido prefers his food this way. If ready-made food just isn’t sitting well, you could even make your own dog meals, but only do this after talking to a vet. Much like humans may not like certain tastes or textures, remember that dogs aren’t much different. Just remember if you change your dog’s food, do it gradually so it doesn’t hurt their tum!

Photo by Marek Szturc on Unsplash

About the Author Kiri Nowak

Hi, I’m Kiri. I am a writer and love what I do. But I couldn't do it without my dog by my side. I have always loved dogs and they have been the topic of a lot of my writing. It has become a passion of mine to share my knowledge and help people give their dogs the best life possible.